Why PTSD May Affect Everyone

The effects of post-traumatic stress disorder impact not only the person with it but those around them as well. How can you find help?

PTSD may affect everyone in a similar way. Post-traumatic stress disorder is widely recognized for its impact on active duty military personnel and veterans. In fact, more than 1 in 10 soldiers who fought in Operation Iraqi Freedom and Operation Enduring Freedom returned home with signs of PTSD.

Few can truly understand the atrocities experienced and witnessed by soldiers during a war. But what about the civilians who live in a warzone or the families whose sons or daughters don’t return? These individuals are at risk of developing post-traumatic stress disorder as well.

Additionally, war isn’t the only type of traumatic event that causes PTSD. Multiple different experiences trigger symptoms of the disorder in thousands of people nationwide. About 6.8 percent of the population experiences it at some point in their lives. Because of the wide impact of PTSD on members of the military, many forget about the others who struggle with it.

No matter the type of event experienced, PTSD may affect everyone in the same way. How much do you truly know about the way it influences the lives of those who live with it? Continue reading to learn more about post-traumatic stress disorder and its effects.

Most mental disorders are a result of genetic makeup or challenges during pregnancy or childbirth. Ultimately, most people are born with their mental health disorder. Some disorders persist throughout a person’s entire lives while others don’t reveal themselves until later on. Most of the time, though, they do not develop as only a result of environmental factors.

Post-traumatic stress disorder is one that is truly a result of an environmental event. Various types of traumatic experiences can trigger the symptoms of the disorder. Some examples of these events include:

Clearly a wide range of experiences cause the development of post-traumatic stress disorder. But not everyone who experiences a traumatic event develops it. Things that are alarming, overwhelming, and out of the ordinary play a role. There isn’t one single type of event that triggers it. Depending on the severity of the event, PTSD may affect everyone differently.

PTSD may affect everyone differently depending upon a number of factors. The Diagnostic and Statistical Manual of Mental Disorders (DSM-V) outlines the criteria for diagnosing PTSD. Firstly, the diagnosis only follows the experience of a traumatic event. Then psychiatrists group symptoms into four categories and that must be present for at least a month.

Intrusion symptoms refer to re-experiencing or “re-living” the traumatic event. To receive a diagnosis, someone must experience at least one of the following: 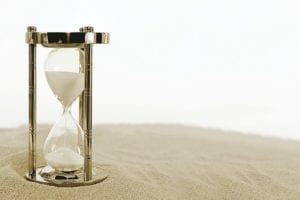 An avoidance symptom is avoiding something that reminds the person of the traumatic event. Although avoidance symptoms of PTSD may affect everyone differently, they must show at least one way of avoiding either:

These symptoms of negative mood and poor cognitive ability show up as a result of the traumatic event. Someone must show at least two of the following signs:

Arousal and reactivity symptoms refer to changes in a person’s reaction to events around them. PTSD may affect everyone differently when it comes to these symptoms but they show at least two:

The Ways PTSD May Affect Everyone

Post-traumatic stress disorder not only impacts the person living with it. PTSD may affect everyone closest to them as well. Some symptoms make it difficult for individuals to go far from their house or to leave it at all. They tend to be nervous, jumpy, and get frustrated quickly.

Their symptoms might make it difficult to be around them, especially if they do not seek help. Some people with PTSD react to their symptoms and let them run their lives. If they don’t get help, their PTSD may affect everyone around them and make it more difficult in the long run.

Finding Help and Treatment for PTSD

Though it may not feel like it sometimes, there is hope! You can seek help for the symptoms of PTSD and their underlying cause. By attending therapy sessions and potentially using the assistance of medication, you can treat your PTSD.

Another option is attending an inpatient or intensive outpatient treatment program for mental health disorders. Specialized facilities like Hawaii Island Recovery know how to work with victims of PTSD. If you or someone you love struggles with post-traumatic stress disorder, call us at 877-721-3556 to find out how we can help.