The holiday season is proof that we all overeat from time to time— an innocent enough reaction to occasionally allowing our eyes and noses rule over our brains and stomachs.  But for binge eaters, overeating is regular and uncontrollable. They use food to cope with stress and other negative emotions, and  like all addictive behaviors, afterwards they feel even worse. Such is the vicious cycle of Binge Eating Disorder (BED).

Ask yourself the following questions. The more “yes” answers, the more likely it is that you have binge eating disorder.

“I learned where the few all-night mom-and-pop shops were located so I could pick up the evening’s supply on my way home from work. Then I would spend the night eating nonstop, first something sweet, then something salty, then back to sweet, and so on. A half-gallon of ice cream was only the beginning. I was capable of consuming 3,000 calories at a sitting. Many mornings I awakened to find partly chewed food still in my mouth.”

There are times when all of us may overeat during dinner, at a restaurant or during holiday festivities. It is often an innocent overreaction when our minds become bigger than our stomachs. However, there are some people who consistently eat large quantities of food—and eat to the point of being uncomfortable. For these people, overeating has psychological roots and may resort to unhealthy measures to resolve the guilt they experience. For those who are compulsive in overeating, they are suffering from a Binge Eating Disorder (BED)

What is a Binge Eating Disorder?

According to the National Eating Disorders website, Binge Eating Disorders (BED) are severe and life-threatening disorders that are characterized by recurrent episodes of consuming large quantities of food quickly and to the point that the person becomes physically uncomfortable. When binging, the person experiences an enormous amount of guilt and shame. In order to alleviate these feelings, people who suffer from BED will resort to unhealthy actions such as vomiting (purging) to counter their binging.

What are the Causes of BED?

There are several underlying causes for Binge Eating Disorders. For people with BED, they often suffer from unresolved emotional trauma such as a death of a family member or friend, physical or sexual abuse, car accident or bullying. Oftentimes, people with a binge eating disorder also suffer from another mental condition such as depression, anxiety or PTSD. Additionally, people who binge eat also may have a co-occurring substance abuse disorder.

People who struggle with BED also have a higher instance of having a negative body image concerning their own body. Negative body image distorts a person’s perception of themselves, and they think they are overweight or ugly when in fact they have a healthy body. Additionally, people who have a binge eating disorder may have a brain which is more sensitive to the release of dopamine. While BED occurs in both sexes, women experience this disorder more than men.

For those who have a binge eating disorder, they will show a multitude of emotional and behavioral symptoms. The most common symptoms include the following:

In addition to the noticeable weight gain and/or less, those with binge eating disorders experience frequent stomach cramping, constipation and acid reflux.

While BED is highly dangerous to one’s health, it is a treatable condition. The following are three effective therapy options available:

Focuses on the dysfunctional thoughts and behaviors. One of the main goals is to become more self-aware of how you use food to deal with emotions, triggers and how to avoid or combat them. Cognitive-behavioral therapy also involves education about nutrition, healthy weight loss, and relaxation techniques. 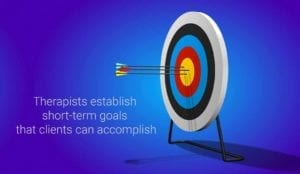 Therapists establish short-term goals that clients can accomplish with the help and support of their therapy sessions.

Focuses on the relationship problems and interpersonal issues that contribute to compulsive eating. The therapist will help improve communication skills and develop healthier relationships with family members and friends.

Combines cognitive-behavioral techniques with mindfulness meditation. The emphasis of therapy is teaching how to accept themselves, tolerate stress better, and regulate their emotions. The therapist will also address unhealthy attitudes you may have about eating, shape, and weight. Dialectical behavior therapy typically includes both individual treatment sessions and weekly group therapy sessions.

Do You or a Loved One Need Help?

Hawaii Island Recovery has highly specialized therapists in all modalities.  Additionally, they offer unique and proven therapies that incorporate the unique qualities of the island.  Natural healing and reflection through equine and dolphin encounters, the serenity and quiet of living among healing aromas and visual cues that invite reflection on a profound level.

How Hawaii Island Recovery can help?