12 Effects of Lean (or Purple Drank)

The effects of lean, also known as “purple drank” or “sizzurp,” can quickly get out of
hand. Learn more about what codeine cough syrup does to your body.

Do you know about the effects of lean? Rappers made lean popular over the past decade, also known as “purple drank” or “sizzurp.” It is an illegal drink made with a base of DXM or codeine cough syrup mixed with with a soda like Sprite or Mountain Dew, Jolly Rancher candies, and ice. Purple drank gets its
name from the purple hue of the codeine.

Cough syrup has long helped relieve the heavy hacking symptoms that come with the common cold. Cough medicines are relatively harmless when used responsibly or as prescribed. Still, abusing cough syrup is not new. But the trendiness and popularity of purple drank, combined with the effects of lean, help it hold a firm place on growing list of misused over-the-counter and prescription drugs.

What are the effects of lean? Why do people enjoy drinking something like
cough syrup? The drink comes with both short-term highs and long-term consequences. Continue reading to learn more about the high from codeine and
why people use it.

Alcohol is only available to adults ages 21 and older. Although teens can
usually still find an older friend to purchase beer or liquor, it’s easier to use substances they can purchase themselves. Low-strength codeine is available as an over-the-counter medicine in most pharmacies. You might still need to be 18 to purchase
it, but the lower age limit makes it accessible to more young people.

2. The effects of lean seem to “slow down” the world around you.

The active ingredients in cough syrup slow your body’s central nervous system. This makes the things around you seem to slow down as well. In reality, nothing actually changes but the cough syrup affects your perception and reaction times.

3. Purple drank “takes the edge off.”

One of the most appealing effects of lean is that it takes the edge off. It softens things and makes it seem like it’s easier to get by. As people find themselves hooked to this feeling, they become dependent upon the effects of lean to feel normal.

Drinking more than the recommended dosage of cough syrup provides feelings of euphoria. This lighthearted, excited feeling makes lean enticing at first. Again, as users develop a dependence it becomes more difficult to stop using it. 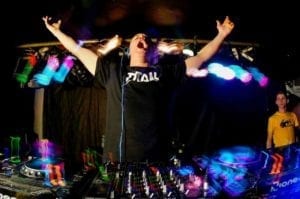 Lean gets its name from the droopy, slow sense that washes over those who
drink it. Some users refer to drinking cough syrup as being “on the lean” because of the loss of balance and overall impacted coordination.

6. Ultimately, codeine is an opioid medication.

If the cough syrup used to make the purple drink contains codeine, the purple drank is an opioid. This means that the effects of lean are similar to the effects of other opioids, such as prescription painkillers. Cough syrup is sometimes more accessible, though, making it another alternative
to pills.

After relying on the effects of lean to feel good, especially for months or years, living sober is challenging. When you aren’t able to access cough syrup, you might find yourself feeling frustrated or irritated
or even quick to anger.

8. The effects of lean may lead to memory problems.

Like other hard drugs, overusing codeine or DXM cough syrup leads to memory problems. This is often due to “blackouts” from using too much of it or mixing it with alcohol or other drugs. Lean will also lead to difficulties remembering things when used for a long period of time. 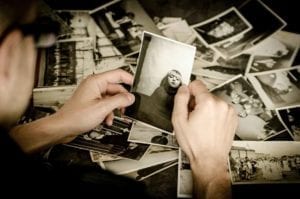 The effects of lean may lead to
memory problems

9. Purple drank may cause dental decay.

The sugary concoction of cough syrup, soda, and candy may cause tooth decay. If you don’t regularly take care of your teeth, the carbonation and sugar will wreak havoc on your oral health.

Cough syrup’s effects on the central nervous system also lead to low blood pressure. If left unchecked, this can lead to lasting, long-term effects on your health.

The combination of codeine and promethazine affects your ability to breathe. The opioids in codeine slow your breathing and may lead to respiratory arrest in worst-case scenarios.

12. The effects of lean may cause coma or death.

Drinking too much cough syrup, codeine specifically, may lead to coma or death. Whether from respiratory arrest or the overall havoc it wreaks on your body, the effects of lean may be deadly. Notorious Houston DJ, DJ Screw, died of a heart attack caused by an overdose of codeine in 2000. He was soon followed by two others, Big Moe and Pimp C, who died of similar causes.

If you’re struggling with codeine abuse and relying on the effects of lean, addiction treatment can help. Treatment centers like Hawaii Island Recovery exist to help individuals like you find freedom from the chains of drugs and alcohol.