The road to recovery is seldom easy. No matter how strong your program or resolve, you will encounter many obstacles that will test your mettle. There will be hardships, pain and heartache during that journey, but you need to get through it in order to grow stronger and more confident in your sobriety. While quitting the substance is often seen as the first step in the recovery process, the real first step in hope. Finding inspiration through hope will provide the spark you need to go forward in your recovery—even in the most trying of times. 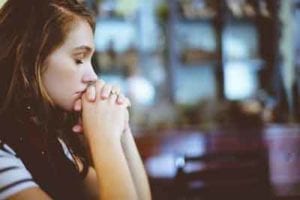 Hope is a concept that is understood on a basic level by most people. Simply put, hope is the belief and expectation that positive things will happen. Hope isn’t based on “wishful thinking”; it is based on more solid evidence that good things will happen. In early recovery, you learn that recovery itself is a process that often moves forward slowly. Finding the good things in sobriety gives you motivation to keep on pressing forward in the face of adversity.

Hope provides focus in helping you achieve your recovery goals. Hope provides you with the right decisions and path you need to follow to get and stay sober. Most importantly, hope provides you a solid foundation on which long-term recovery is built.

Go Back to Nature

Another great way to find inspiration through hope is simply get outside and into nature. Being in nature allows you to step a back, recharge and reassess your situation. The act of getting outside can help you get and stay grounded, and it helps you focus on the present and what is truly important. When you take a hike through a forest, a beach or other natural setting, you can take time to appreciate beauty and grandeur of your surroundings. You realize that you are a small part of a larger picture.

“Hope is the denial of reality. It is the carrot dangled before the draft horse to keep him plodding along in a vain attempt to reach it.”   ”Are you saying we shouldn’t hope?”  ”I’m saying we should remove the carrot and walk forward with our eyes open!”
Margaret Weis 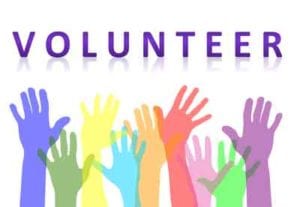 Giving your time and yourself to others is another excellent way to cultivate inspiration through hope. When you volunteer at a hospital, homeless shelter or a drop-in center, you will encounter people who are in situations that are far worse than your own. When you hear their stories and how they overcame their obstacles, it can inspire you to keep on fighting through your own battels. The best benefit of volunteering is the simple fact that the time you give to others reflects back to you and allows you to feel better about yourself.

The best way to cultivate hope is to simply take care of yourself. Be sure to eat a healthy balanced diet, get daily rigorous exercise and get restful sleep each night. Additionally, carve out some time in your day to unplug and make it all about you. You need to take the time each day to nurture yourself and listen to your mind, body and soul.

Thirteen days after Malaysia Airlines flight MH370 vanished, an American TV survivalist named was interviewed on CNN. Why, the host asked him, should the relatives be optimistic? “I’ll tell you why – you never give up hope,” said Snyder, who makes a living fighting nature’s most brutal forces.

Those passengers might still be alive, he explained, so

“there’s always hope. No one should ever give up hope.”

He was right; theoretically the plane could have landed in secret. If you’d known someone on it, you’d probably have clung to that thought. But Snyder’s glibness highlighted what a platitude “never give up hope” has become. Being against hope is like being in favor of pushing baby pandas off cliff tops. Isn’t hope what motivates the oppressed to fight tyrants, what keeps people going in the most desperate deprivation? What might have become of Snyder, for that matter, if he hadn’t had hope (and a production crew)? 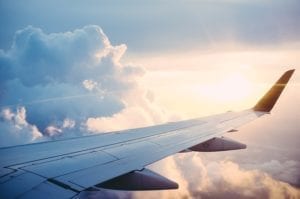 Yet recent research, published in the Economic Journal, suggests that hope makes people feel worse.  25 years of German data on long-term unemployed individuals who, upon reaching the age of “retiring from unemployment,” reported a significant increase in life satisfaction. It isn’t explained by other factors, like a change in benefits, and the employed don’t get the same “boost” when they retire. Nor, the authors argue, is it simply that other people judge the jobless more harshly. It’s that when you’re unemployed, there’s always the hope of finding a job, and people “feel the permanent pressure to fulfill the norms of their social category… Ironically, it is hope that keeps them unhappy while unemployed, and it is only when hope fades that they will recover.” Retirement means the end of hoping for a job, which feels like a release.

This odd notion sheds light on another mysterious but well-supported finding about trauma. As you’d expect, people take it harder when they’re widowed than when they lose their jobs – but all else being equal, they actually recover more fully. Is that because widowhood’s irreversible? You’ve got hope of being happy again, certainly, but no hope of altering your widow(er) status. Bereavement is a hope-free zone.

The Shawshank Redemption lied to us: sometimes, giving up hope sets you free. Author John Ptacek, writes of finding meaning through hopelessness after his wife’s terminal cancer diagnosis: “Time spent hoping for happier days is time spent turning away from life.” Environmentalist Derrick Jensen believes hope makes activism less effective since it involves placing faith in someone or something else to make things better, instead of doing what’s needed yourself: “A wonderful thing happens when you give up on hope, which is that you realize you never needed it in the first place… you become very dangerous indeed to those in power.”

If you or a loved one is struggling with addiction, hope can be in short supply.

While all may seem lost, help is just a phone call away.

we have the programs and support you need to find inspiration and hope.

You have the power to break the vicious cycle of addiction and find lasting happiness and health.