10 Early Signs of a Drug Addiction

Rates of drug addiction and overdose in the United States continue rising year after year and show no signs of stopping. Are you worried that a family member or friend shows signs of a drug addiction? Find out what you should look for and when you should start looking for help.

Many people have the belief that the signs of
a drug addiction are only seen in those who lose their job, home, or family. They have the idea that only people who live under bridges drinking from paper bags and using needles can be a drug addict. There couldn’t be any possible way that addiction affects someone they know.

In reality, this couldn’t be further from the truth. Addiction doesn’t discriminate. It can take hold of anyone, from someone homeless and living under a bridge to a high school teenager in suburbia to a
corporate executive sitting in a New York City corner office. Nearly 3 percent of people in the United States ages 12 and older have an active drug addiction to at least one substance.

Are you looking for signs of a drug addiction in a friend or family member? With rates of substance abuse, addiction, and overdose showing no signs of slowing it makes sense to have some worry. It’s smart to keep an eye out if you feel concerned so look for some of the following signs if you start questioning your loved one. 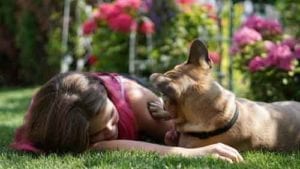 10 Early Signs of a Drug Addiction

It’s smart to look for signs of a drug addiction early on rather than waiting until it’s too late. If you’re a parent you might wonder about your child or perhaps you’re curious about a friend. Look for the following indicators that someone might have a problem with drugs brewing under the surface.

1. They show unexpected and sudden changes in behavior.

Changes in behavior aren’t always one of the most immediate signs
of a drug addiction. Any number of things lead to behavioral changes, especially when dealing with teenagers. Still, sudden shifts in overall mood
or attitude may have more behind them than a simple bad mood. Especially if that “bad mood” lasts for a few weeks or longer.

2. They’re struggling with their performance or running into trouble at work or school.

As people start investing more time and attention into getting high, their attention slips in other areas. They might have difficulties because of
overall distraction, recovering from a bout with drugs, or actually being
high at work. If you notice sudden and unexpected drops in performance at
work or school you have a reason to be concerned. 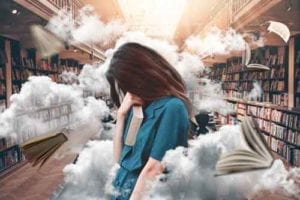 3. They seem less present or focused whenever they’re around.

Drugs often affect a person’s ability to remain focused on what’s in front of them, whether or not they’re high at the moment. If you notice they have trouble paying attention when they’re
around, this could be one of those signs of a drug addiction to pay attention to.

4. They suddenly start hanging out with a new group or groups of friends.

Sudden and unexplained shifts in friend groups are always something to look out for. When a person starts using drugs heavily they often shift away from friends who don’t use the way they do. Instead, they find new friends who use similar drugs in order to continue getting high without being bothered as much.

They might start dressing differently or instead neglect their physical appearance entirely. Depending on how far along they are in their addiction, you might notice they give less attention to keeping up their appearance. This might mean fewer showers, shaving less often, or not washing their clothes as often. 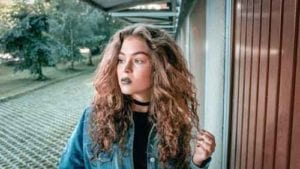 6. They lose interest in old hobbies or other activities they loved to participate in.

Drug addiction takes up a lot of time. Whether getting the money to buy drugs, picking them up, or using them, drug use takes up a good amount of a person’s free time. This usually leads to them losing interest in things they once loved to do. Whether it’s spending time with friends, exercise, artistic endeavors, or something else, they stop participating in order to get high.

7. They’re having newfound problems with money.

Money problems are one of the biggest signs of a drug addiction. Drugs usually aren’t cheap to begin with and supporting an addiction gets
expensive quick. If you notice they have money problems, such as borrowing money they can’t pay back or starting to gamble, you should keep
an eye out for other signs.

8. They start having run-ins with the law.

As drug addiction progresses it becomes more and more expensive to support the habit. Sometimes people turn to theft and burglary to support their habit which might lead to arrest incarceration. If someone you know is at the point of getting in trouble with the law they’re likely at a point where they need some outside help to recover.

9. They disappear for hours, days, or weeks at a time with little explanation for where they went.

If someone is heading out to pick up or to get high they aren’t going to want to tell you what they’re doing. Your loved one might
disappear for lengths of time without telling you where they’re going. Try to maintain an open line of communication with them and find out where they spend their time. But when they disappear on a regular basis, you might have something to worry about.

Withdrawing from friends and family is one of the clearest signs of a drug addiction. People addicted to drugs often carry a lot of shame and don’t want people telling them what to do. They pull away from the people who care about them in order to continue doing what they want to do. If your loved one suddenly withdraws. 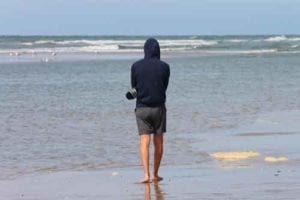 Finding Help For Someone with a Drug Addiction

The sooner you find help for someone showing signs of a drug addiction the better. When you intervene earlier they have higher chances of getting clean and staying clean. But what can you do to help them?

Addiction treatment facilities like Hawaii Island Recovery help people who struggle with substance abuse and mental illness. We
address the root causes of addiction and reintegrate our clients back into their everyday lives, without needing drugs and alcohol to get by.

Do you want to learn more about the programs offered at our facility? Call us today at 877-721-3556 to speak with
an admissions counselor who can answer your questions and get you started. Don’t wait any longer — reach out today!