The Science of Addiction

The way addiction is viewed today is vastly different was compared to decades past. Instead of being seen as a condition whose causes are moral and spiritual, drug addiction is now viewed as a chronic condition that is preventable and treatable. With its current basis in the medical model, people who struggle with addiction can get the professional help they need to achieve long-term recovery. The advances in the science of addiction reaches far beyond substances; it also underpins other behaviors including gambling, shopping and sex.

The Development of Addiction—Rewarding Pleasurable Behavior 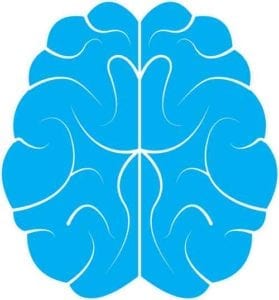 First and foremost, the brain registers pleasure in the same manner regardless of stimuli. This can be through the use of drugs and alcohol, eating a great meal, or engaging in pleasurable sexual activity.  When some pleasurable occurs, the brain releases dopamine throughout the brain—and especially in the region of the brain near the cerebral cortex known as the nucleus accumbens. This brain region is known by neuroscientists as the brain’s rewards and pleasure center.

After a period of time, drugs flood the nucleus accumbens and forge a shortcut to this brain region. The memories and experiences associated with the use of substance are imprinted by another brain region called the hippocampus. Additionally, the amygdala creates a conditioned response to the stimuli created by the pleasurable activity.

The speed to which the brain associated pleasure with drug use can be correlated to the route of administration of a certain drug. For instance, those who smoke or inject a drug intravenously produces a quicker and stronger dopamine signal. Additionally, the intensity of these routes of administration creates a stronger connection between the use of a substance and the pleasure that use brings the user.

The Learning Process of Addiction

The studies regarding the science of addiction also shows stronger evidence of dopamine’s role in the formation of addiction. At one time, it was believed the experiencing the pleasure of taking substances alone would reinforce continued activity. Further research has indicated that dopamine also is involved in learning and memory. Dopamine interacts with another neurotransmitter called glutamate and it takes over the brain’s system of reward-based learning.

When the use of substances is repeated over and over again, the nerve cells in the nucleus accumbens interact with the prefrontal cortex in such as a way that drug use is wanted and needed in order to feel good. When this occurs, the user has deeper motivation to find their substance of choice and will pursue all means to get that substance.

The Concept of Tolerance 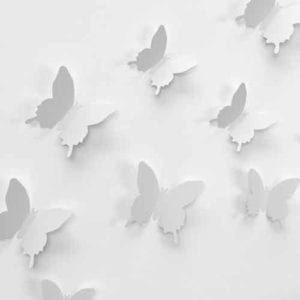 Over time, there is a diminishing return in regard to the pleasure felt while doing drugs and alcohol. When compared to natural reward behavior, substance use releases more dopamine and it floods receptors to a degree that is overwhelming.  After a period of time, the brain releases less dopamine, and users feel less pleasure.  At that point, users must take more of their substance of choice in order to regain the same level of pleasure as they felt when they first started using. Because the brain has adapted to the amount of dopamine that was released, it has developed a tolerance for that substance.

When that occurs, compulsive behavior takes over. The pleasure associated with taking a substance may subside, but the memories of the desired effects and wanting to take more of that substance persist. Dependent on environmental cues, it can create a conditioned response to crave substances.

The Need for Treatment

When someone is addicted to drugs and alcohol, they must seek professional help in order to overcome their substance abuse. Chronic drug use changes brain chemistry and the way the brain functions. If someone stops using substances abruptly, they will experience physical and psychological withdrawal symptoms that can be extremely painful and uncomfortable to endure. These symptoms alone can drive people back to active substance use. Additionally, withdrawal symptoms can be life threatening in the presence of underlying medical issues.

The ability of treatment staff to create individualized treatment plans that fits the addict’s unique needs is very important. It is equally important that drug treatment facilities offer aftercare programs that allow the newly recovering addict to gain extra support and encouragement as they transition back into normal daily life. If you or a loved one need help with a substance abuse problem, call Hawaii Island Recovery toll-free today.

The most frequent questions

CAN ADDICTION BE TREATED SUCCESSFULLY?


YES. Addiction is a treatable disease. Discoveries in the science of addiction have led to advances in drug abuse treatment that help people stop abusing drugs and resume their productive lives.

CAN ADDICTION BE CURED?


Addiction need not be a life sentence. Like other chronic diseases, addiction can be managed successfully. Treatment enables people to counteract addiction’s powerful disruptive effects on brain and behavior and regain control of their lives.

DOES RELAPSE TO ABUSE MEAN TREATMENT HAS FAILED?


No. The chronic nature of the disease means that relapsing to drug abuse is not only possible but also likely. Relapse rates are similar to those for other well-researched chronic medical illnesses that have both physiological and behavioral components, such as diabetes, hypertension, and asthma. Treatment of chronic diseases involves changing deeply imbedded behaviors. For the addicted patient, lapses back to drug abuse indicate that treatment needs to be reinstated or adjusted or that alternate treatment is needed.

WHAT ARE THE PRINCIPLES OF EFFECTIVE ADDICTION TREATMENT?


Research shows that combining treatment medications, where available, with behavioral therapy is the best way to ensure success for most patients. Treatment approaches must be tailored to address each patient’s drug abuse patterns and drug-related medical, psychiatric, and social problems.


Different types of medications may be useful at different stages of treatment to help a patient stop abusing drugs, stay in treatment, and avoid relapse.


Behavioral treatments help engage people in drug abuse treatment, modifying their attitudes and behaviors related to drug abuse and increasing their life skills to handle stressful circumstances and environmental cues that may trigger intense craving for drugs and prompt another cycle of compulsive abuse. Moreover, behavioral therapies can enhance the effectiveness of medications and help people remain in treatment longer.

Treatment must address the whole person.

HOW DO THE BEST TREATMENT PROGRAMS HELP PATIENTS RECOVER FROM THE PERVASIVE EFFECTS OF ADDICTION?


Getting an addicted person to stop abusing drugs is just one part of a long and complex recovery process. When people enter treatment, addiction has often taken over their lives.

The compulsion to get drugs, take drugs, and experience the effects of drugs has dominated their every waking moment, and drug abuse has taken the place of all the things they used to enjoy. It has disrupted how they function in their family lives, at work, and in the community, and has made them more likely to suffer from other serious illnesses. Because addiction can affect so many aspects of a person’s life, treatment must address the needs of the whole person to be successful. This is why the best programs incorporate a variety of rehabilitative services into their comprehensive treatment regimens.

Treatment counselors select from a menu of services for meeting the individual medical, psychological, social, vocational, and legal needs of their patients to foster their recovery from addiction.

Seeks to help patients recognize, avoid, and cope with the situations in which they are most likely to abuse drugs.

Uses positive reinforcement such as providing rewards or privileges for remaining drug-free, for attending and participating in counseling sessions, or for taking treatment medications as prescribed.

Helps patients face their drug abuse realistically, come to terms with its harmful consequences, and boost their motivation to stay drug free. Patients learn effective ways to solve their emotional and interpersonal problems without resorting to drugs.