Pleasure seeking is a ubiquitous part of human nature while compulsive behavior that is not rewarding may appropriately be termed an “addiction”.On the surface it can be difficult to tell the two apart, risking that the term “behavioral addiction” could expand from the appropriate usage to become a popular and misused label for anything that people do for fun but causes them trouble. Potentially millions of new “patients” would be created by fiat, labeling all manner of impulsive, pleasure-seeking behaviors and giving people a “sick role” excuse for impulsive irresponsibility.

We all do short term pleasurable things that can be quite foolish in the long run. The evolution of our brains was strongly influenced by the fact that, until recently, most people did not live very long. Our hard brain wiring was built for short term survival and propagating DNA– not for the long term planning that would be desirable now that we have much-lengthened life spans.

Salience was given to the short term pleasure centers that encouraged us to do things that give an immediate reward. This is why it is so difficult for people to control impulses toward food and sex, especially when the modern world provides such tempting opportunities.  Thus our massive collective societal weight gain comes from an enduring sense of facing famine that makes it hard to say no to the attractions offered by refrigerators and supermarkets. Pleasure at the mall satisfies survival motivations based on gathering and nesting. And so on (I will leave sex to your imagination). This type of hard wiring was clearly a winner in the evolutionary struggle when life was “nasty, brutish, and short”. But it gets us into constant trouble in a world where pleasure temptations are everywhere and their long term negative consequences should count for more than our brains are wired to appreciate. 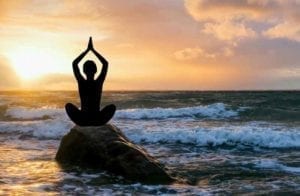 We all make bad short term decisions because it is hard to resist the immediate fun at the time. Then we suffer the long term consequences.  In a better world, our brains would do a more efficient job controlling impulses and long term planning and would anticipate and/or avoid those pleasures not worth the price. But we live in this world and exist within an inherently imperfect human condition – the stuff of tragedy, comedy, and melodrama.

In a statistical and evolutionary sense, it is completely “normal” for people to repeat doing fun things that are dumb and cause them trouble. This is who we are. It is not a mental disorder or “addiction” – however loosely these terms are used.  Instead “addiction” would imply that there has been an override of our average impulsive pleasure system. The individual does the behavior over and over and over and over again-despite a lack of reward and much negative reinforcement in a way that does not now (and never could have had) any survival value.

For example (I am using the male pronoun for continuity) the difference between the fun-loving philanderer and the tortured sexual addict. The philanderer enjoys his sexual activity so much that he keeps doing it despite the external trouble he gets into or any internal moral qualms he may have. The immediate pleasure it brings has more value than the eventual pain. This is in sharp contrast to the person who compulsively repeats the sexual act without experiencing much or any pleasure, even in the face of great risks or punishments.

Whether the demon is alcohol, drugs, gambling, sex, food, shopping, et. al., the example above closely parallels all forms of addiction.   Hawaii Island Recovery therapists are highly specialized in all treatment modalities, every patient’s program is highly personalized based on the uniqueness of every individual.