Binge Drinking is a disturbingly common practice today. It can lead to alcoholism as well as many unintended consequences. Call our binge drinking specialists at Hawaii Island Recovery at 877-721-3556

Moderate consumption of alcohol is defined by the U.S. Department of Health as up to 1 drink per day for women and up to 2 drinks per day for men.
Binge drinking, then, is drinking to bring blood alcohol concentration (BAC) level at or above 0.08 g/dL. The amount of alcohol varies from person: it is typically 4 drinks for women and 5 drinks for men in a two-hour timeframe.

Binge drinking typically starts in late adolescence to early adulthood. Underage drinking accounts for 11% of alcohol consumption in the United States and 90% of it is binge drinking.

Binge drinking is not the same as an Alcohol Use Disorder and does not qualify as alcoholism. However, binge drinking has many consequences and can quickly lead to alcoholism.

Some temporary side effects of binge drinking include:

Continual binge drinking also has long-term consequences and can be just as harmful as alcoholism. Although many binge drinkers may think that they are avoiding many effects of alcoholism because they limit their drinking to certain times (like weekends or holidays), their body still suffers
from having to process so much alcohol at once. This has eventual ramifications on their health just as alcoholism does. These include:

The effects of binge drinking depend on how often binge drinking occurs and how much alcohol is consumed. Binge drinking is also highly dependent on the individual. Women, for example, are more likely to be effected by alcohol than men, even when factors such as height and weight are taken into account.

Also, binge drinking is more likely to negatively affect adolescents. Since they are still undergoing crucial brain development, excessive alcohol
use can disrupt this development and cause significant brain damage.

Especially when started earlier in life, repeated binge drinking is a risk for developing alcohol dependency. Binge drinking 5 or more days a month qualifies as heavy alcohol use and can have serious consequences.

When Does Binge Drinking Turn into Alcoholism?

There is not a specific number of drinks that defines alcoholism. It has more to do with the control alcohol has on one’s life and their ability to function normally.

Although binge drinking in and of itself does not constitute an Alcohol Use Disorder, an individual who binge drinks and displays the following symptoms could be suffering from alcoholism. Questions to ask about yourself or a loved include: 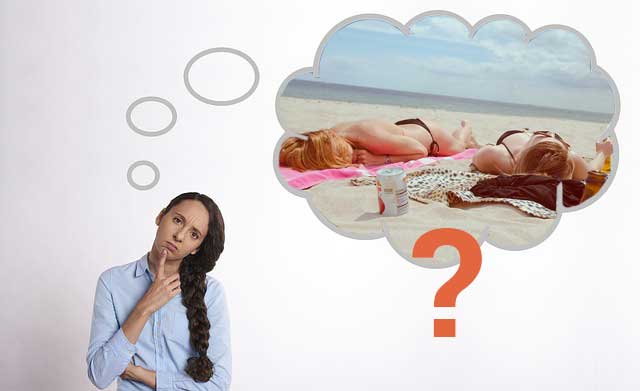 There is a woman thinking about binge drinking.

If the answer is yes to two or more of these questions, it is possible to
have an alcohol use issue. The first step on the road to recovery is admitting that there is a problem.,

If you think you or a loved one are having a problem with binge drinking or general alcohol use, it is important to seek help right away. The sooner that alcoholism is addressed, the more quickly the issue can be treated and future problems prevented. Earlier treatment means also avoiding the long-term consequences and putting an end to the short-term side effects of alcohol.

There is no need to suffer alone or in silence: Hawaii Island Recovery offers treatment for binge drinking and Alcohol Use Disorders. If you or your loved one are struggling with alcohol, speak with one of our trained staff today to get an assessment and recommendations for treatment.