Home Rehab Blog & News Ketamine: Everything You Need to Know

Ketamine: Everything You Need to Know

Ketamine is not just the party drug it was once thought to be. Find out about the specialized clinics that use the drug to treat symptoms of depression.

Have you ever heard of ketamine? If you have,
it’s likely due to its popularity as an exciting psychedelic drug. Also known as “Special K,” party goers use ketamine at nightclubs and festivals nationwide. It’s not only a party drug, though. Researchers recently started testing and realizing the potential healing power it contains.

How has ketamine changed from a dangerous club drug to a potentially life-saving medicine? Continue reading to learn more about the drug and its variety of uses over the years.

Ketamine is a Schedule III drug with the Drug Enforcement Administration.
Approved for use in doctors’ offices and other medical facilities, it functions as an anaesthetic, or pain reliever. It was introduced in the 1960s as an alternative to the more deadly anaesthetics available. Physicians also used it to treat pain in wounded soldiers on battlefields during the Vietnam War.

Ketamine functions by blocking receptors in the brain responsible for the
central nervous system. Blocking these receptors reduces responsiveness in the nervous system. At low doses, this reduces sensitivity to pain. At high doses, it causes near paralysis and encourages sedation.

These effects make ketamine a candidate for use today anesthesias and as a quick pain reliever in emergency rooms. When used responsibly by qualified doctors and nurses, ketamine is a helpful alternative to more addictive drugs like painkillers. “In the right hands, it’s a miracle,” said the president of the American Society of Anesthesiologists, John Abenstein.

Ketamine and the Party Scene

“Special K” grew popular in clubs and at festivals due to
the slight trance-like state users feel at low doses. It heightens your perception to sights and sounds, making it feel like the music sounds better and the lighting is more vivid. Higher doses induce a hallucinogenic state that some party goers find enjoyable.

Again, Dr. Abenstein said that ketamine in the right hands is a miracle drug. In the wrong hands, though, the results can quickly turn tragic. Dangerously high doses of ketamine may cause users to disassociate from reality and find themselves trapped in a “K-hole.”

Some users report feeling like they had a near-death
experience or entered an alternate reality. The severity and impact of the effects depend on a person’s tolerance to and familiarity with drugs. Those familiar with drug “trips” have what they refer to as a “spiritual experience.” Other people who are not so comfortable with ketamine’s effects often feel frightened.

The effects of a regular recreational ketamine dose last around one to two hours. It the person isn’t familiar or comfortable with the effects of the drug, though, those few hours may be some of the most excruciating hours of their life. 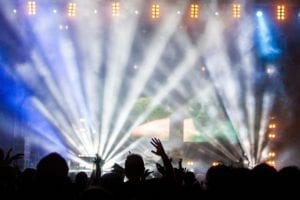 Is Ketamine the Next Miracle Drug?

Some people with severe depression, or major depressive disorder, spend years in cognitive behavioral therapy sessions trying out dozens of different medication combinations. When
psychiatrists saw little to no effect in these severe cass, they looked for solutions in other places.

Tired doctors started looking for an alternative treatment for these treatment-resistant cases of depression. In 2006, the pleasurable effects of low doses of ketamine intrigued them as an option. A 2010 study conducted
by scientists at Yale University showed the improvement of depressive-like symptoms in rats following a ketamine treatment.

After these initial test results, various clinics started implementing this low-dose ketamine treatment for their low-bottom cases. These clinics generally follow the dosages used at the National Institute of Mental Health during their clinical trial in 2012. They deliver the drug through an IV drip over the course of 40 minutes. Individuals usually receive six IV infusions over the course of two weeks.

The results of the trial and the clinics modeled after it have been revolutionary. While multiple rounds of various antidepressants showed little to no effect, the ketamine treatments helped. Symptoms of depression diminish and suicidal thoughts essentially disappear. The feeling of oneness with the world induced by the drug helps patients push back against the isolating behaviors usually seen in those with depression.

Despite the mostly incredible results seen in current ketamine treatments, doctors still hesitate to prescribe. Small numbers of clinics use it in
their treatment plans. The drug still has a long way to go before escaping its stigma as a party drug. The more researchers conduct studies, though, the more they understand the potential benefits.

Facilities like Hawaii Island Recovery offer these types of care to help individuals struggling with severe depression. If you’re looking to work through and overcome your symptoms of depression,

Call our admissions office today at

Learn about the programs we offer.

Take the first step to find the help you
need because you are never alone!