Vance Johnson: From Near Death to Recovery

After years of alcohol-fueled rage and depression, Vance Johnson is an example of how commitment to rehab can turn lives around.

Best known for his decade-long career as a wide receiver for the Denver Broncos, Vance Johnson was a successful and popular athlete. With 3 Super Bowl appearances and world-class athlete status, many can
say that Johnson had it all. While he experienced success and wealth, Vance Johnson struggled mightily with alcohol—and it almost cost him everything. Despite several failed rehab attempts and a near-death experience, Vance Johnson overcomes the
odds and has become an inspiration to others seeking recovery.

After years of alcohol-fueled rage and depression, Vance Johnson is an example of how commitment to rehab can turn lives around. Former NFL wide receiver Vance Johnson is proof that rehab works, even after numerous attempts at recovery — even when
all seems lost and death is knocking on the door.

From Stardom to Rock Bottom 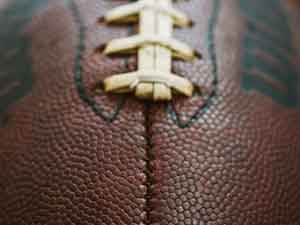 Johnson was an athletic powerhouse that attended the University of Arizona. A champion long jumper, he just missed making the 1984
Olympic team. Despite the disappointment, Johnson was picked up by the Denver Broncos in the 1985 draft, and that’s where he remained for the duration of his successful ten-year career.

During his football career, Johnson admitted that he started drinking to cope with the pressures and stresses of life. In a heart-rending interview with Oprah Winfrey in 1996, he admitted physically abusing his wife and other women in his life. Through his tears, Johnson told Winfrey that he regretted his actions every day of his life and that he believed he was not worthy of forgiveness.

Johnson hit rock bottom in 2007 when a drunk driver ran a
stop sign and killed his 19-year-old son, who was riding a motorcycle. Not surprisingly, Johnson turned to alcohol in an attempt to self-medicate unmanageable grief and depression. Soon, his life was completely ruled by alcohol and his downward slide worsened.

Although friends and family realized Johnson was in trouble, most people weren’t aware of the depths of his addiction until he posted a picture of himself on Facebook. The picture, taken by his sister in 2014, displayed Johnson in a hospital bed, his body hooked to wires and hoses that sustained his life while he was in a nearly month-long
coma. Johnson related that he experienced hallucinations and vivid out-of-body experience and that when he emerged from the coma, he wished he was
dead.

After his near-death experience and hospital stay, Johnson relates that after leaving the hospital, he returned to the beliefs of his childhood and reached out to God for help. Even though he was reaching out spiritually to change his life, Johnson admitted that he continued to drink, in spite of attending Twelve-Step meetings. Finally, Johnson was tired of lying to himself and sick of attempting to “fill himself up” with sex, money, cars, and alcohol. He was no different than any other addict at the Florida treatment center where he sought help, he realized, and he wouldn’t get better until he was ready to commit fully to the recovery process.

Today, Vance Johnson is a motivational speaker who travels nationwide as a recovery advocate. Additionally, he is a recovery ambassador for Oglethorpe Inc. which is a nationally recognized recovery and behavioral center network. Johnson is using his experiences and faith in hopes of inspiring those struggling with drug and alcohol addiction to fight for their sobriety. 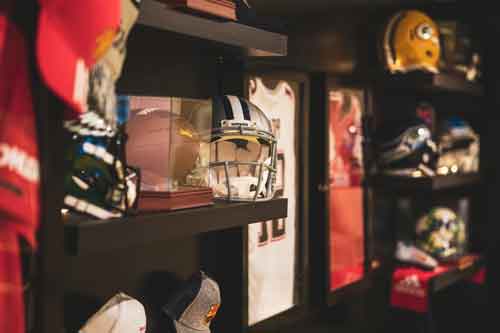 Religious belief is not a requirement for addiction treatment, but during
the recovery process, many addicts who have experienced a feeling of hopelessness realize that they have turned to drugs or alcohol to fill that spiritual emptiness. For many, faith and spirituality provide a sense of meaning and purpose that offer strength when things get tough.

Spirituality doesn’t mean adhering to certain beliefs or belonging to a church, and there are no “musts.” A spiritual belief is personal and means something different to each person. People who belong to Twelve Step programs often claim belief in a Higher Power, which
simply refers to an unseen force, or a “power greater than ourselves.” For some people, God is that Higher Power. Others may discover spirituality in a variety of places, such as nature or the universe.

HOW CAN HAWAII ISLAND RECOVERY HELP ME WITH MY ALCOHOL PROBLEM?

Hawaii Island Recovery offers comprehensive, evidence-based treatment for substance abuse in a tranquil environment that supports the healing of mind, body, and spirit. We are able to aid those who are struggling with addiction to alcohol or drugs. Just give us a call at if you need help with a substance abuse problem, or if you are concerned about
a friend or family member.