What Is Dual Diagnosis?

Dual diagnosis is a term used to describe when someone is simultaneously diagnosed with a substance abuse disorder or addiction and a mental illness. Addiction never occurs in a vacuum, and while the exact causes of substance abuse can vary widely, co-occurring mental health conditions are common.

What Does it Mean to Have a Dual Diagnosis 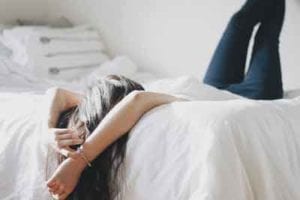 It isn’t easy to quit using drugs and alcohol, especially for those with an alcohol or substance use disorder. The addictive nature of substances make it hard for people to stay clean and sober. Add in the withdrawal symptoms that come along with quitting and you have a real challenge on your hands.

Now imagine trying to navigate early recovery while living with a mental illness.

That is what people with dual diagnosis deal with every day of their lives.

Dual diagnosis refers to people who have both mental illness and alcohol or substance use disorder at the same time. There isn’t a requirement for which condition occurred first. Ultimately, it can be difficult to figure out which condition came first to begin with.

Clinicians in the 1980s found themselves working with increasing numbers of people struggling with both mental illness and substance use. They realized that normal substance abuse or mental illness treatments weren’t as effective. In response, they created the separate dual diagnosis condition and specialized treatment methods for it.

Today, 9.2 million adults in the United States ages 18 and older, or 3.7 percent of the population, live with dual diagnosis. Although similar to the numbers in 2017, this percentage is higher than both the 2015 and 2016 surveys. The number of individuals with dual diagnosis is on the rise.

The cause of dual diagnosis conditions can’t be pinned down to one single answer. Numerous factors are at play when it comes to someone with the condition. Current research indicates addiction results from a combination of both biological and environmental factors. Additionally, their mental illness could be present before or after their substance use.

For example, some people with mental illnesses use drugs and alcohol to cope with their symptoms. They use substances to self-medicate instead of using other tools like counseling or psychiatric medication. It might feel like the substances help them deal with their mental illness when, in reality, they only make it worse.

There are also individuals with substance or alcohol use disorders who drink or use huge amounts of substances. Some people drink and use so much that they develop a mental illness as a result. The symptoms of their mental illness often cause them to turn to substances again, creating a vicious cycle.

Ultimately, when working with dual diagnosis individuals, it often isn’t necessary to find out which condition came first. But it is important that clinicians treat each portion of the diagnosis both separately and as a whole. This means these individuals benefit from a specialized dual diagnosis treatment facility that focuses on individuals living with the condition.

What is the Difference Between Comorbidity and Dual Diagnosis 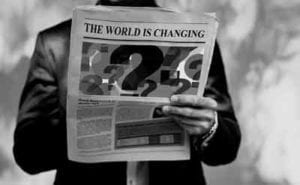 Some might not realize there are slight differences between the terms, but there is a difference between comorbidity and dual diagnosis. You might hear some people use them interchangeably to describe the same condition but this isn’t always the case.

Here at HIR, treatment plans are customized to meet the needs of each individual client. However, there are a few general therapies that are often beneficial to a dual diagnosis client. These include:

To hear directly from HIR graduates who have benefitted from our dual diagnosis and holistic treatment approach, check out our testimonials.

“They [the staff at HIR] really, really, really helped me with not only my addiction and alcoholism but with the problems I’ve had in the past and some traumas I’ve had to get through. If you’re looking for something that will really help you get through some hard, rough times, I would say this is definitely the place, and you will be in good hands.”

Our specialty in dual diagnosis and holistic treatment begins with a caring, listening ear when you call for more information.