Mental illness is a major health concern in the United States. According to information from the Natalia Mental Health Foundation, 43.8 million Americans experience some form of mental illness in a given year. It is also estimated that 1 in 25 Americans suffer from a serious mental illness. Of those mental illnesses, anxiety is perhaps the most common. Statistics provided by the Anxiety and Depression Association of America state the following: 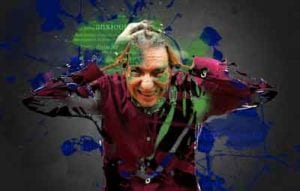 It is important to note that every person will experience occasional anxiety during their lifetime. However, some people may feel anxiety in a more intense fashion and over prolonged periods of time. Anxiety disorders often involve constant worrying, tension and an ongoing sense of nervousness that significantly interferes with one’s daily functioning and quality of life.

Each person can experience anxiety differently and it can manifest in several ways. The following is a breakdown of common anxiety disorders.

Intense, irrational fears triggered by things that pose little or no real danger, such as heights, dogs or spiders. Among the anxiety disorders, specific phobias are the most common.

Social phobia, is diagnosed when people become overwhelmingly anxious and excessively self-conscious in everyday social situations. People with social phobia have an intense, persistent, and chronic fear of being watched and judged by others.  They can worry for days or weeks before a dreaded situation. This fear may become so severe that it interferes with work, school, and other ordinary activities, and can make it hard to make and keep friends.

This condition leads to flashbacks, nightmares and insomnia. Often accompanied by depression or substance abuse, post-traumatic stress disorder can occur at any age, including childhood.  People with PTSD startle easily, become emotionally numb, lose interest in things they used to enjoy, have trouble feeling affectionate, be irritable, become more aggressive, or even become violent. They avoid situations that remind them of the original incident, and anniversaries of the incident are often very difficult. PTSD symptoms seem to be worse if the event that triggered them was deliberately initiated by another person, as in a mugging or a kidnapping.

Dual diagnosis treatment comprehensively alleviates the symptoms of both addiction and any co-occurring psychological disorders. 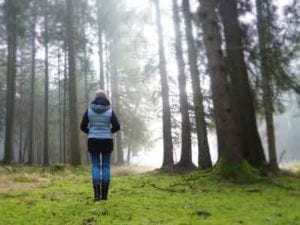 GAD affects about 6.8 million American adults, and it affects twice as many women as men. It develops gradually and can begin at any point in the life cycle, although the years of highest risk are between childhood and middle age. It is diagnosed when a person worries excessively about specific problems for at least 6 months. People with GAD can’t get rid of their concerns, even when they intellectually understand that their anxiety is more intense than the situation warrants. They can’t relax, startle easily, and have difficulty concentrating. Physical symptoms that often accompany the anxiety include fatigue, headaches, muscle tension, muscle aches, difficulty swallowing, trembling, twitching, irritability, sweating, nausea, lightheadedness, having to go to the bathroom frequently, feeling out of breath, and hot flashes.

Sudden attacks of terror accompanied by physical symptoms that may include heart palpitations, shortness of breath, dizziness, or abdominal distress. Panic disorder is one of the most treatable of anxiety disorders. It is twice as common in women as men.

Obsessive-Compulsive Disorder (OCD) is marked by persistent and upsetting thoughts (obsessions) and repetitive rituals (compulsions) that are employed to relieve the stress associated with those thoughts. These rituals include repeated hand washing, counting, checking or cleaning. These behaviors are done in the hope of preventing the thoughts or making them go away.  Common rituals are a need to repeatedly check things, touch things (especially in a particular sequence), or count things. People with OCD may also be preoccupied with order and symmetry, or on the other end of the spectrum, have difficulty throwing things out (hoarding).

Having an anxiety disorder can be severely taxing on one’s physical and mental health. It also creates adverse effects on family and friends. If you or a loved one needs help dealing with an anxiety disorder, Hawaii Island Recovery is here to help. Call us toll-free today to learn more about the specialized programs we offer that will give you the tools and support you need to overcome your anxiety order for good.