Gender Differences in Addiction and Recovery

Drug abuse begins with acquisition or initiation of drug taking and in vulnerable individuals can eventually progress through phases of increased use until an individual is addicted.  Gender differences are present for all of the facets of drug abuse, which includes initiation, then the escalation of use and the progression to addiction, with subsequent withdrawal followed by either recovery or relapse. While there are some differences among specific classes of abused drugs, the general pattern of sex differences is the same for all drugs of abuse.

Addiction is a chronic and progressive disease which affects all people from all walks of life. While all people who suffer from addiction have commonalities, they also have unique differences that must be considered. This is especially true when it comes to gender differences in addiction and recovery. Men and women have specific differences in how they become addicted to substances and how they respond to treatment.

This article will delve further into the susceptibility of men and women in becoming addicted to drugs and alcohol. Additionally, we will explore gender differences in recovery and how gender-specific drug treatment can help address the specific needs of each sex.

Gender Differences in How Men and Women Become Addicted, Recover and Experience Relapse

There are pronounced gender differences regarding how men and women become addicted to substances. They differences can be seen in susceptibility, recovery and each gender’s general risk of relapse. For example, men seem to become more susceptible to addiction through peer pressure and the need to “fit in”. On the other hand, women are more likely to succumb to addiction in order to self-medicate. Additionally, women tend to transition from substance dependence to abuse at a faster rate when compared to men. 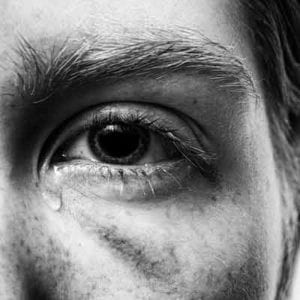 Different factors predispose men and women to addiction. Studies have found that men tend to use drugs to amplify positive moods; often to mask insecurity and sadness which may be perceived as weakness, and/or cope with social and behavioral problems, while women are more likely to self-medicate emotional and psychological issues. Anxiety, depression, borderline personality disorder and eating disorders more commonly affect women and can increase their risk of drug use.

For women, relationships, childhood trauma, stress, parental drug use and home environment, victimization, and co-occurring psychiatric disorders precipitate substance abuse and relapse. Women are also more likely than men to use stimulant drugs such as nicotine, cocaine, and amphetamines to suppress appetite or manage weight.

Biology plays an important role in the development of addictions, especially for women. Women get drunk after consuming smaller amounts of alcohol than men and, as the result of less total body water and certain metabolizing enzymes, have higher blood alcohol concentrations after drinking the same amount of alcohol as men. Studies have also implicated estrogen in the development of addiction, hormonal changes impact women’s “sensitization” to drugs (the long-term changes that occur in the brain as a result of drug use). A growing body of research links the phases of a woman’s menstrual cycle with her response to, craving for and ability to quit using drugs.

Everyone suffers extreme hardship as a result of chemical dependency.  But women tend to experience more serious drug-related medical, social and psychiatric consequences more quickly than men. They progress more rapidly than men from use to dependence to treatment and, despite using smaller amounts and being addicted for a shorter period of time, their symptoms are often as severe as men’s by the time they get to rehab.

Women are also at risk of specific consequences that are less likely to impact men, including certain physical complications (e.g., women are more likely to develop lung cancer and have a heart attack from smoking) as well as victimization, abuse, depression, and post-traumatic stress disorder.

As already stated, men and women have different needs when it comes to treatment. To address this fact, there have been an increasing number of drug treatment programs that take gender differences into account. Gender-specific rehabs address the specific reasons why both sexes use drugs and alcohol. Secondly, gender-specific treatment programs are created to be sensitive to the feelings each sex feels when they enter treatment.

Gender-specific treatment programs for men help them develop and foster sense of trust and bonding with staff and their peers in treatment. When men feel supported, they can feel more comfortable and open in talking about topics they may be hesitant to share in other treatment environments. In this safe and supportive environment, they don’t feel like they are being judged. As a result, they let their guard down and can be their authentic selves. In this treatment setting, men can talk about issues such as aggression and violence which often lie at the root of substance abuse.

Women-only drug treatment can be an extremely effective treatment option for a number of reasons. Women-focused rehab center on cultural issues they face on a daily basis. Traditionally, women are seen as nurturers and caregivers. Because of these “roles”, women have a more difficult road in seeking treatment due to stigma. Women’s drug rehabs also focus on body image since it is intrinsically tied to self-esteem and self-worth.  Additionally, the supportive environment of these rehabs allows women to talk about their feelings of being an addict while trying to care for their children and their loved ones.

Men’s Rehab | What is men’s rehab

A men’s rehab program provides treatments and therapies for men, specifically. Therefore, these programs are similar to co-ed rehab, but with a slightly different approach including male-only group therapy. 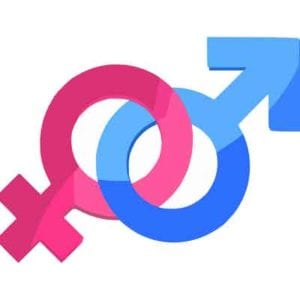 Despite the difference in focus, men-centered and women-centered share similarities. Both have detoxification programs to help addicts through the often-difficult withdrawal process. Secondly, both types of treatment programs feature staff who can create individualized treatment plans that are tailored to each individual’s unique needs. This includes individual and group counseling, peer support programs and other interventions.

Both men and women face significant barriers to treatment, but studies show that women who abuse drugs are less likely to seek help. Practical concerns such as cost, child-care arrangements, lack of social support, and responsibilities at home and work, along with the heightened stigma of being a female addict, are among the hurdles women face.

Once women find their way into treatment, they are just as likely as men to stay there and have comparable abstinence and relapse rates as men. Some studies suggest that women have the upper hand in recovery, with shorter relapse periods and greater willingness to seek help after a relapse. Like men, women may benefit from services that are sensitive to their specific needs; for example, family/group therapy, parenting education, treatment for mental disorders and other supportive approaches.

Despite Gender Difference, Recovery Is Possible

No matter the gender differences seen in addiction, there are treatment programs available that focus on specific issues that men and women experience. Even with these options open, it can be difficult to find the treatment program that best fits you needs. If you need help or have questions, the treatment professionals at Hawaii Island Recovery are happy to help you.

Hawaii Island Recovery is a top-notch drug treatment facility that have developed gender-specific programs that can help you recover.  Our staff will provide you with the tools and support needed for you to break the vicious cycle of drug and alcohol addiction.